How to Calculate Time and a Half

Payroll is an essential pillar in any up and running firm. Just like any functioning sector, understanding of industry jargon is of utmost importance and worth holding. To calculate payroll at large corporations necessarily requires the use of myriad modus operandi.

In simple words, when an employee works for any hours in excess of the forty-hour week i.e.; overtime work. Time and a Half pay particularly refers to overtime pay for the overtime working hours. Overtime pay is commonly estimated at the time and a half the regular hourly rate.

What Exactly does Time and a Half Pay Imply?

Time and a Half Pay directly means that, in addition to the employee’s regular hourly rate, they will be paid one-half of that rate for each hour worked(overtime hours) during the time and a half window.

According to the law, Time and a Half pay are decided by The federal Fair Labor Standards Act(FLSA) establishes the requirements and conditions for overtime pay. Although the overtime pay rate may vary from company to company. The regular pay plus is an additional fifty percent, which states that overtime pay is 1.5 times a worker’s hourly rate.

When do Businesses Need to Provide Time and a Half?

As mentioned above, Time and a Half pay is a necessary pay scale that has to be offered to the overtime working employees without fail. In accordance with the hours they work extra, they are entitled to get the overtime wages as per the FLSA pay rule scale.

Now, under the FLSA, you must pay all hourly or non-exempt employees time and a half for overtime hours. If any firm fails to work according to the stated pay scale, they may have to face the consequences of a hefty bill or extra legal fees.

Time and a Half pay are only offered to hourly or non-exempt workers, whereas Exempt workers can not share this privilege.

Also Read: Step for Setup and Run Payroll in Sage 50

For better comprehension, Take a look over the differentiation between these two Non-exempt and Exempt workers:

Who are Non-Exempt Workers or Hourly Workers:

Non-exempt employees are the ones who are paid on a salary, hourly, or other basis. They are entitled to overtime pay for all excess workload hours out of the forty workweek system.

Their annual salary is a little less than $35,568. Non-exempt employees are usually paid on an hourly basis. They may, however, be reimbursed in some cases.

Non-exempt workers are included in FLSA, Their positions are non-exempt, which means they do not have high-level administrative, executive, computer, or professional responsibilities. On the other hand, let’s take a look at Exempt employees.

An Exempt is an employee who is excluded by FLSA and has no access to overtime pay. The process generally involves being salaried employees.

Their annual salary is mainly more than $35,568. They work in jobs that are usually not covered by the FLSA. High-level management positions include administrative, executive, and information technology positions.

Some contract workers might be separate and distinct from the FLSA. Lorry drivers, agricultural workers, and theatrical and film employees are examples of people who work in the food industry.

How can one Calculate Time and a Half Pay?

Time and a Half pay is also known as Overtime pay and is estimated on a weekly or even daily basis, usually depending on the status of the working hours of an employee carried out in a single day.

Time and a Half = standard hourly rate x 1.5

For carrying out the process of calculating Time and Half Pay accurately, follow these steps:

To know more about this difference in the calculation process, take a look over the below-mentioned steps.

Here’s How to Calculate FLSA Time and Half Payments:

The Federal Fair Labour Standards Act (FLSA) necessitates that the overtime pay is at least one and a half times their regular hourly wage.

While carrying out the most important task i.e., doing payroll calculations, bear in mind that there lie’s individual processes for calculating time and a half pay for salaried and hourly employees accordingly.

Calculating Time and Half for Salaried Employees:

In order to calculate the total payment for fixed work hours per week salaried employee, take up the following steps:

1. For the foremost step, proceed to divide the weekly wage by the number of hours they typically work to arrive at their standard rate of pay.

2. After the subsequent step, now go to multiply the standard hourly rate by 1.5, to calculate the time and half pay.

3. Now, in order to quantify the overtime pay, proceed to multiply the time and a half rate by the number of overtime hours worked by the employee.

An example for your better understanding:

Grace has her weekly salary of $540 for working 36 hours. For instance, she worked the previous week for 42 hours, stating that she has completed two overtime hours above the 40-hour workweek.

Calculating Time and Half for Hourly Employees:

To calculate Time and Half for Hourly Employees, take up the following steps:

1. The first step for calculating the time and half pay for an hourly employee is to calculate the standard hourly rate of the employee.

2. Now, for time and half pay rate, proceed to multiply the standard hourly rate by 1.5 respectively.

3. For the next step, multiply the time and a half rate by the number of overtime hours worked by the employee in order to calculate the overtime pay.

4. After the subsequent step, add the employee’s standard wages and overtime wages together, to determine the employee’s total wages for the following pay period.

Have a glance at the below example –

Now Luke is an employee from a company based in California, with generally more than 27 staff members. The minimum wage is $13.

The following week he completed a successful 46 hours work period. Working six hours over the standard 40-hour per week scale.

Managing a company’s payroll is the most professional and critical sector. In short words, it portrays and regulates the fair compensation of its employees. To maintain this compensation fair and on time, there needs to be a deep understanding of Overtime pay processes.

Acknowledging how to process the Time and a Half pay process effectively is a much complicated but necessary skill. In support of the following blog, it has fairly stretched out the needful information about Time and Half pay in a more direct approach for providing a more fruitful understanding.

Do all States focus and work according to the FLSA guidelines while considering Time and half-pay?

No, the FLSA is the US-based union board and there are many states who have adapted daily overtime standards to ensure the fair play of distribution of overtime wages for the employees who extend services outside the usual eight-hour workday. The most known state is California.

Is it possible to calculate Time and half for salaried workers with a fluctuating workweek?

Yes, it is fairly possible to do the same. Here’s how to do it:
However, their standard hourly rate will be different, according to the working hours.

How can one calculate Time and a Half for holidays?

For the calculation:  Normal pay per day worked multiplied by 1.5 (for time-and-a-half) or 2 (for double-time) = Holiday Pay.

CHAT
Related Posts:
How to Fix Sage Error SDO Setup
Facing “Sage Error with SDO setup” while working on your Sage 50 accounting software? Occasionally,...
How to Switch Sage 50 from Multi-User Setup to Single-User?
Sage 50 provides a multi-user license option for multiple users to work on the company data at the s...
Sage Error: "Codebase Error #: -200 (Or Codebase Error #: 83805")
Sage integrates Matrix to provide a wide range of tax forms and turns the most time-consuming tasks...
Sage 50 2022 Payroll Tax Update
Because of the unmatched spectrum of functionality and useful tools embedded in it, Sage 50 is wide... 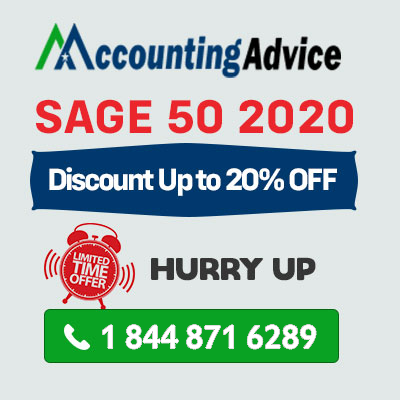